This list was difficult, and I, of course, made it more difficult by second-guessing myself a lot. There are several other releases this year that I just can’t not mention because they are brilliant records that deserve to be part of the conversation. This edition of the Playlist includes a track from each of my top 10 as well as my honorable mentions. I tried to mostly go with songs that I haven’t shared previously. Enjoy!

10. Manchester Orchestra – A Black Mile to the Surface 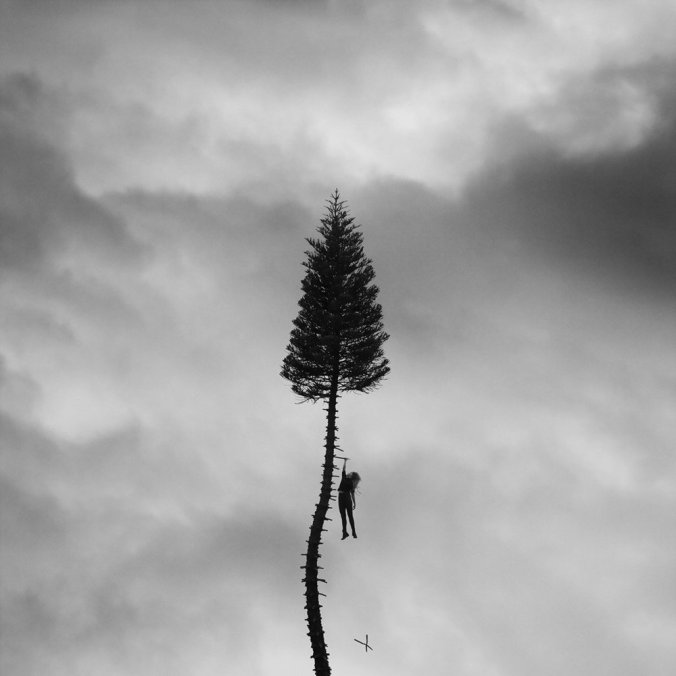 In Early 2010, I got a free song from Amazon, and I liked it so much right away that I bought the album (genius sales ploy, that was… but to this day I still think I got a great deal). That album was the first Bad Books album (a project Manchester Orchestra did with Kevin Devine). At the time I was unfamiliar with either Kevin Devine or Manchester Orchestra, but both artists have really stuck with me since. A year later, Manchester Orchestra released Simple Math (2011), Cope (2013) and Hope (2014). As with each of those, A Black Mile to the Surface is a wonderful straight-through listen. The song flow beautifully and seamlessly, the vocals sore and then become soft and then sore again, there’s energy and angst and gentleness. This one certainly lives up to Manchester Orchestra’s already high standard. 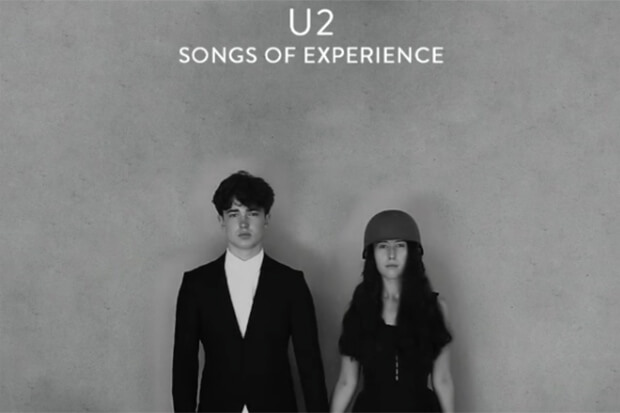 There were a lot of surprises this year. This record almost annoyed me… because I had my top 10 all sorted, and then it came along late in the year to throw things into question. Even more than that, I sort of thought I’d never be surprised by a U2 album again. It’s not that they’ve been bad in recent years, but they’ve been somewhat predictable. Underachieving maybe. You’d listen to new U2, and think “yep, that’s U2.” There’s something here though. There’s more energy than they’ve had in the last few records. There are curveballs. It’s still U2, but it’s also new and different. They may be late in their career, but U2 are unmistakably among the greats. This record is something special. I thought I had them figured out, and they threw me for a loop.

8. Making Movies – I Am Another You

Mixing up some Afro-Latino rhythms and psychedelic rock’n’roll riffs, Making Movies came out of nowhere for me back toward the end of June. It is this sheer energy of all types of percussion topped with huge guitar riffs and they shift from dark and ominous to soft and intimate to light-hearted and fun like it’s nothing. This one has more rough edges than most of the others on this list, but it has undeniable energy and passion. It’s also plenty rewarding on repeated listens. The band, based in Kansas City, consists of two sets of brothers; Enrique and Diego Chi and Juan-Carlos and Andres Chaurand. A big theme for the band is beauty in diversity, and they do it really well. Locura Colectiva, Brave Enough, and Tell Me The Truth are highlights on this one for me. 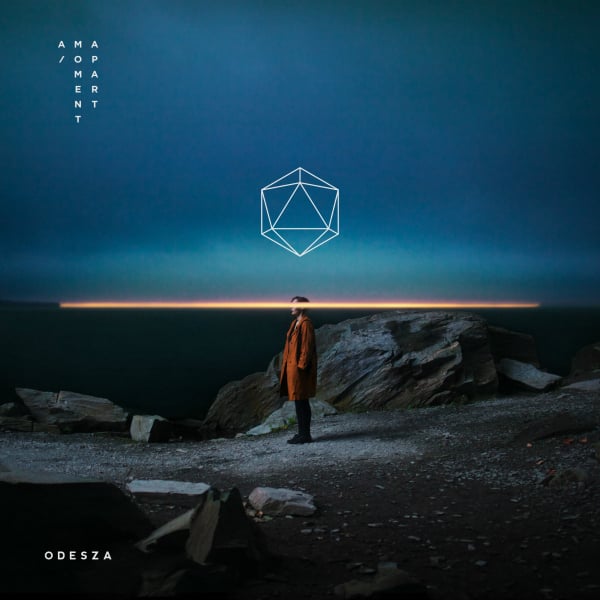 There’s something special about seeing a local band go from formation to headlining festivals in the space of about 5 yrs. Formed in 2012 (a little before graduating from Western Washington University), and this year headlining Bumbershoot back on Labor Day weekend. This release, ODESZA took things to new levels, and it was clear before the album even came out. The guest vocalists are perfect (Naomi Wild on Higher Ground and Ry X on Corners of the Earth in particular), and there’s not a misstep on the whole record.

In many ways, this feels like a Sufjan album. A different host of collaborators, but a Sufjan album. His unmistakable voice and lyrics make it hard to think of it any other way for me. That said, Sufjan has never been one-note or predictable, and this is no exception.  The other 3 are certainly bringing their own touch to this record even though it feels like it fits so perfectly into the Sufjan catalog. Nico Muhly is responsible for most of the composition here. The contemporary classical composer has a huge catalog of arrangements and original compositions. He’s worked with a lot of popular alternative artists in the past such as Bjork, Grizzly Bear, Jonsi, and The National. This, of course, leads me to Bryce Dessner (The National). Bryce’s guitar work here is beautiful. It’s minimal for the most part, but it adds the perfect touches to Muhly’s compositions. James McAlister is the longtime drummer for Sufjan Stevens, and therefore very good at adapting to many styles of music. His ability on this album is clear. Best tracks for me are Moon, Neptune, Venus and Mercury.

In 2012, northern Mali was taken over by a jihadist groups that banned music, alcohol, cigarettes as influences of western culture. Garba Toure, a guitarist from the north was forced to leave, and he moved to the nation’s capitol, Bamako. There, along with Aliou Toure and Oumar Toure (all unrelated from each other), they formed Songhoy Blues. The men were Songhoy (or Songhai) people that were among those targeted under the new regime. Music in Exile (2015) was a revelation that combined traditional Tuareg and Songhoy styles with modern influences. Now, with Resistance, they have continued their rise. Excellent guest appearances from Iggy Pop and Elf Kid make for some great collaborations with artists who have styles very different from their own. The modern Desert Blues sound has revived my love of the guitar in the last couple years, and Songhoy Blues is a big part of that. 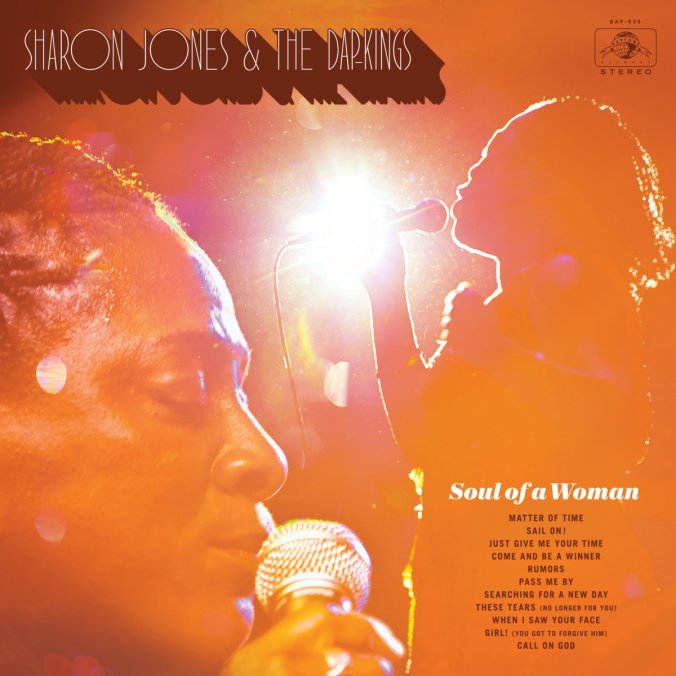 Sharon Jones was a beautiful person, and she never quit giving. During her final year of her life, while battling cancer, she recorded this amazing record. It was released on November 17th; exactly 1 year after her passing. One can’t help but admire the enormous strength of will that it must take continue creating with energy through the physical and emotional obstacles she had to overcome . This is the result. An absolutely beautiful record full of energy and emotion. Tracks like Searching For a New Day , Sail On and These Tears (No Longer For You) are Sharon & the Dap Kings at their best. The record ends perfectly with Call On God. Thank you Sharon, and thank you Dap Kings for one last record.

A few weeks ago, I was asked by Roberto of Riffs & Rhymes to write a review of an album that hadn’t gotten much attention or had flown beneath the radar. He featured it in a series of posts each from different writers, and I recommend checking them all out. I chose to write about Chill, Dummy. You can read it here!. I’ll call myself a late-comer to the story here, but P.O.S. returns after a frustrating 5 year spell with a cancelled tour due to health troubles (and a kidney transplant in 2014). Chill, Dummy is as strong a comeback as you could ask for. In addition, his tour this year was bombastic enough to make up for the cancelled one after his previous effort, We Don’t Even Live Here. He’s stronger than ever here, trying new things, opening himself up to new styles and influences, and still retaining all the strengths that make him unique. Essential tracks on this one are Wearing a Bear, Faded, Thieves/Kings, Infinite Scroll,  and Sleepdrone/Superposition.
Additionally, somewhere amid his relentless tour schedule, he managed to write and record with some of his fellow Doomtree members and release the new Shredders release, Dangerous Jumps. In January, P.O.S., Sims, Paper Tiger, and Lazerbeak will be touring in support of that release.

Twin sisters Lisa-Kainde and Naomi Diaz released this absolutely haunting and entrancing album at the end of September, and there was a period in October when I could barely bring myself to listen to anything else. They fuse elements of electro, soul, R&B, and Afro-Cuban music, and come out with something totally their own. The real binding elements are their beautiful vocal work, and the prominent percussion. The guest appearances are perfect on this record, but perhaps none more than Kamasi Washington’s work on Deathless. The song is certainly one of my favorites this year, and throws the listener vividly into the experience of Lisa-Kainde when she was treated roughly by French police at age 16 who assumed by her race that she was dealing drugs. There are no weak songs on this album. It’s hard to even pick highlights, but I’ll offer a few: Deathless, I Wanna Be Like You, No Man Is Big Enough For My Arms, and When Will I Learn. 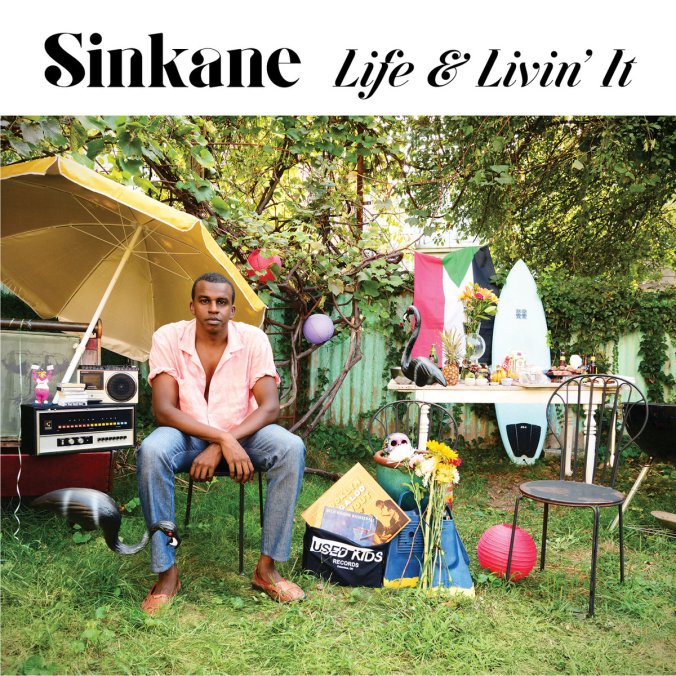 How a record with these poppy, infectious hooks doesn’t make it into the charts is among the clearest evidence that the music industry is totally run by marketers and not music-lovers. Begun as the solo work of Ahmed Gallab (Born in London to Sudanese parents, who moved to the US when Ahmed was 5), Life & Livin’ It is perhaps the development of Sinkane into a more democratic band. The tour that followed the previous effort, Mean Love, built the project from a solo effort into a band. It’s still very much led by Gallab, whose musical resume would tell you he’s worked with many excellent musicians such as Yeasayer, of Montreal, Eleanor Friedburger, Born Ruffians, David Byrne (Talking Heads), Damon Albarn (Blur, Gorillaz), Dev Hynes (Lightspeed Champion, Blood Orange), and Alexis Taylor (Hot Chip). The stylistic ground covered in this album ranges from Afro-beat to Shoegaze to Jazz to Synth-pop, yet it flows smoothly throughout to create a wonderfully cohesive whole. As with the Ibeyi album, there is no weak link here. It’s a strong album beginning to end.

So those are my picks this year. There are plenty of others I’ve enjoyed this year, and working things down to just these wasn’t easy. That said, I’m really happy with this list. It reflects my listening for the year very well. Feel free to share your own picks in the comments. Next edition will include some looks back on 2017, and some looks forward to 2018.